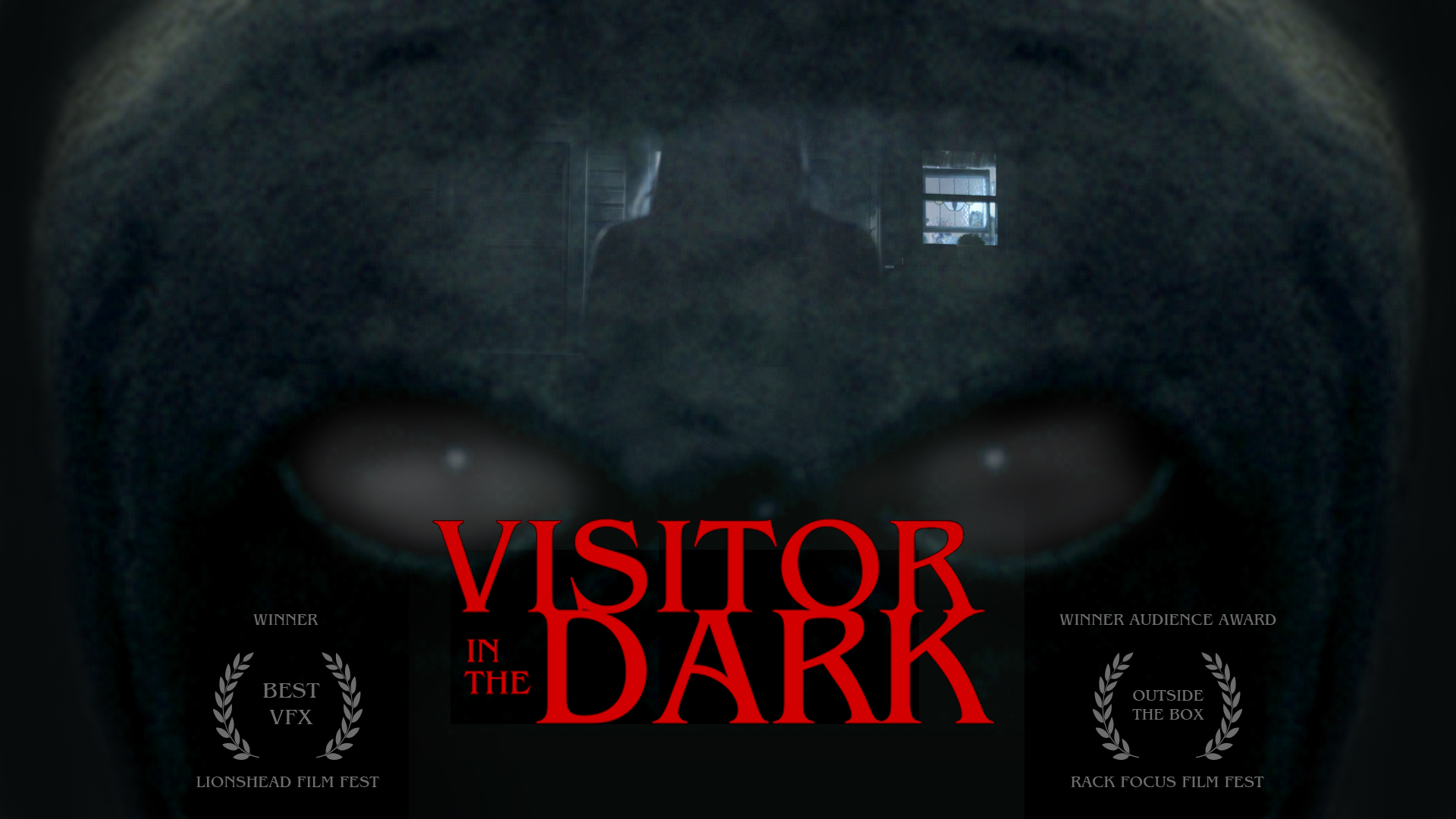 Visitor in the Dark has been released on Amazon prime!

Aliens attack a small town and deavistate the lives of its inhabitants. With one man charged with the murder of a family.

Based on the real crime story of Bob Hopskin, who swears to this day, and from his prison cell, that his story is true and he is innocent of the crime.

Watch now: Visitor in the Dark

We are a small boutique production studio and this is our first  self produced short film .

since it keeps getting asked:

The visual and practical effects were produced entirely by the director Christopher Vaughan and went on to win several awards.

The Alien:(***Spoiler warning****)
The Alien was constructed of foam and latex over an articulated frame. Standing at 6′ 3″ the puppet was operated by 5 people later removed in post. The scenes were shot in camera and no post production vfx was performed.

Here is the final result from the trailer: