The Secret History of Texas Film 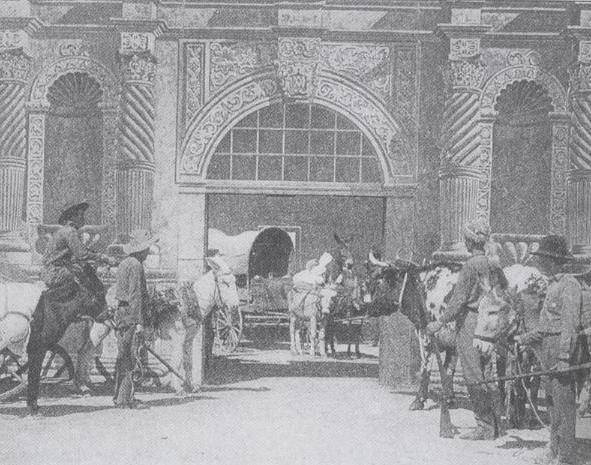 In 1902 the Star Film company released “A Trip to the Moon” directed by George Méliès. The film was an international success on its release, and was pirated by other studios, especially in the United States.

Its unusual length, lavish production values, innovative special effects, and emphasis on storytelling, were influential to other film-makers and the development of narrative film as a whole.

[A Trip to the Moon – George Méliès]

Méliès asked his brother Gaston to go to the United States to guard Méliès copyrights. Gaston arrived in New York City in 1902 and began distributing his brother’s films. By 1903, Gaston began making films himself, mostly documentaries. The films were not successful. The company moved to San Antonio looking for warmer winters. The company leased twenty acres including a two-story house and large barn that became the “Star Film Ranch” movie studio. Star Film Company was the earliest non-Texas production company to operate in Texas.

Thompson explains in his book, people did not go to see a particular film, they “went to the movies.” They expected to see a mixed bag of entertainment, drama, comedy, news, travel, and come back soon for something new.

The movie industry was in its infancy, but the American appetite for film already was hearty. Feature films ran only about 15 minutes — or 1,000 feet of film — and long runs in theaters were unheard of.This demand necessitated year-round shooting, but since almost all

shots had to be made outside during these early years, movie companies based in the Northeast had to find places with weather more suitable for winter filming. Most companies went to California, and a couple of companies filmed in Colorado and Utah. But Melies chose San Antonio, where he set up shop adjacent to the Hot Wells Hotel.

From early 1910 to April 11 that year, he did some 80 movies — mostly Westerns — in San Antonio, including a classic, “The Immortal Alamo.” The film featured future director John Ford’s older brother, Francis Ford, as Navarre, the villain. Being producer, Melies award himself the role of a padre. Students from Peacock Military Academy played Santa Anna’s soldiers.

Unfortunately, because of the nitrate used in early film, only a few of these made-in-San Antonio films have survived. Aside from these scratchy one-reelers, all we have are a collection of movie still shots, movie summaries from trade publications, and a smattering of later-day recollections from earlier interviews of some of the people who were there.

As you can see San Antonio had a rich and diverse history in the early days of film. Read more about the complete history of Texas Film from the Texas Historical Society here: HTTPS://TSHAONLINE.ORG/HANDBOOK/ONLINE/ARTICLES/ECF01