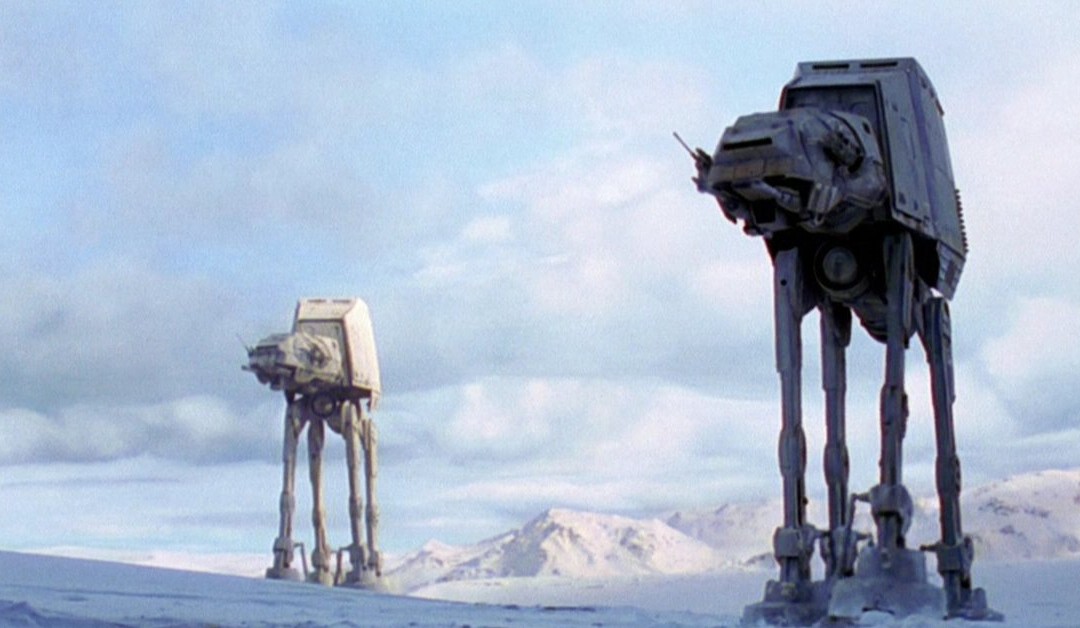 I know that it is super geeky of me, but i just cant help but LOVE old school visual effects. Long before the greenscreen lined walls of the Avengers, long before the tennis balls on sticks or actors in skin tight Lycra motion capture suits. There existed an art form called stop motion.

“It was shot at 24 frames per second, resulting in about 5 seconds of footage per day of work. For explosions, high speed photography was used, and cutouts were used for background walkers.

One of the early ideas was to build an actual robot version that would walk on its own, but that would prove too costly and complicated. Muren, whose background was in stop-motion animation, pushed to have the sequence done using that technique — since the AT-ATs were machines anyway, the staccato look of stop-motion would be appropriate. So stop-motion models were built and manipulated in front of paintings, as opposed to blue screen, and baking soda was used for the snowy landscape. The set itself had trap doors so that animators could pop up, animate the model, go back down, and shoot a frame of film. Photo cutouts were used for walkers in the background, and smaller models were created to convey a sense of scale and depth in the shots.”

So that is pretty amazing huh? For the past ten years there seems to be an push by directors to use CG in more places not because it serves the film but because it allows them to be lazy directors and say the dreaded line “We will fix it in post“.

I don’t want you to get me wrong, I love CG in movies and think it should stay there, it gives us Michael Bay’s signature “Bayhem” style, with full frames and lots of depth. He uses loads of forethought and love it or hate it, it’s like professional wrestling, vulgar, cheap, visually stunning and hugely popular.

The same man responsible for the AT-AT scene above, Dennis Muren, also started the ILM computer division and convinced Steven Spielberg to use CGI for Jurassic park over stop motion.

Remember, visual effects are about pushing the art form of story telling and delivering the best experience for the audience that you possibly can, no matter the medium.

Now go out and create something fantastic!